Your cart is currently empty

Welcome to M&F Casuals, please come and meet the family! 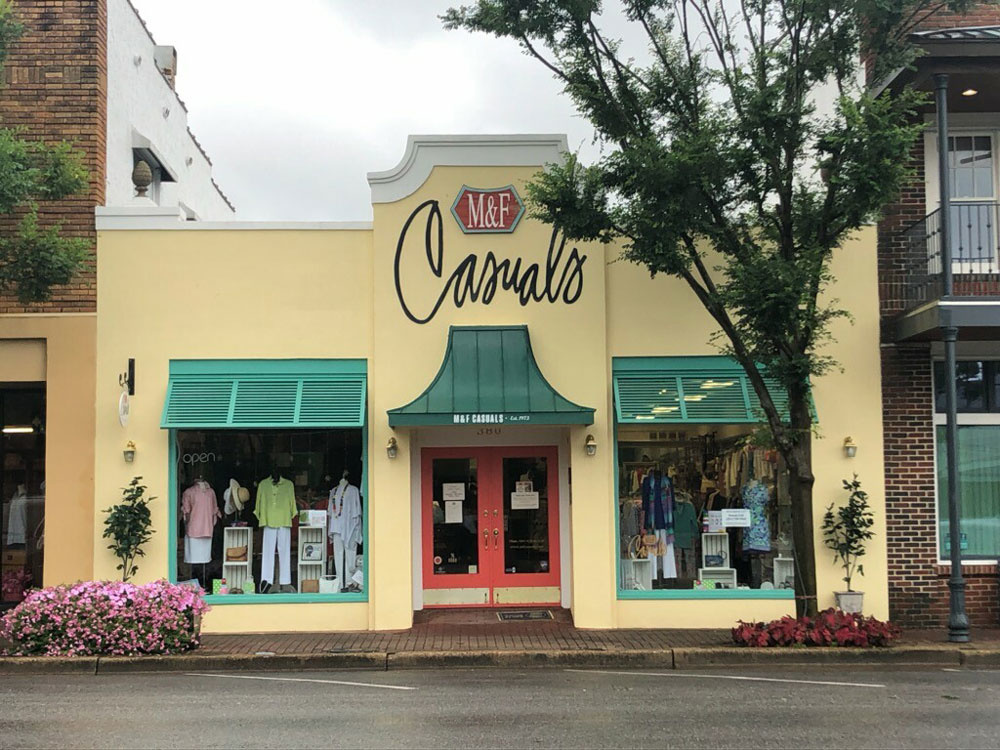 M&F Casuals has a strong and loyal fan base in lower Alabama. Specializing in women’s clothing, shoes and accessories, this small boutique has a friendly atmosphere that instantly makes you feel at home. In fact, the sales team is so inviting and helpful, you feel like you have walked into your best friend's living room rather than a clothing store! That unique feeling has been the key to this family-run store's popularity for more than 90 years.

The store's history begins with a couple of entrepreneurs in Selma, Ala. in the 1920s. Harry Maring, Sr., the owner of a successful dry goods store and his top salesman, Roswell Faulkenberry, became business partners and created the original M&F Department Store, naming it with the letters of their last names. Their first store opened in 1928 in Foley selling clothing and home goods. Expanding to Robertsdale and other locations the brand M&F became quite well known throughout the south. Harry Maring, Sr. continued to grow the department store with the next generation by bringing his son, Harry Maring, Jr. and son-in-law, Lester Yates into the business. M&F continued to thrive for 30 years and in 1966, Maring's granddaughter and Yates' daughter Ann Miller and her husband Marc took the reins.

Ann Miller, mostly retired, is still a presence in the store, though most of the business operations have passed to her daughters, the 4th generation to run the business. Sisters Barbara Miller Levitt and Carol Miller Eberlein grew up in the store, playing in the backroom and spending weekends running down the street to the pier while their parents oversaw store operations. Both left the area for different careers before returning to Fairhope to carry on the family tradition when their parents retired.

The Fairhope store was a trendsetter right from the start. The design and remodeling of the store in 1993 transformed its historic building to become the charming, welcoming storefront you see today, and its unique style influenced the architectural renaissance of the downtown Fairhope area that has blossomed ever since. In keeping with the spirit of the community as a vacation destination, they changed the name to M&F Casuals and have been serving up southern hospitality and elegant clothing, jewelry and shoes ever since. 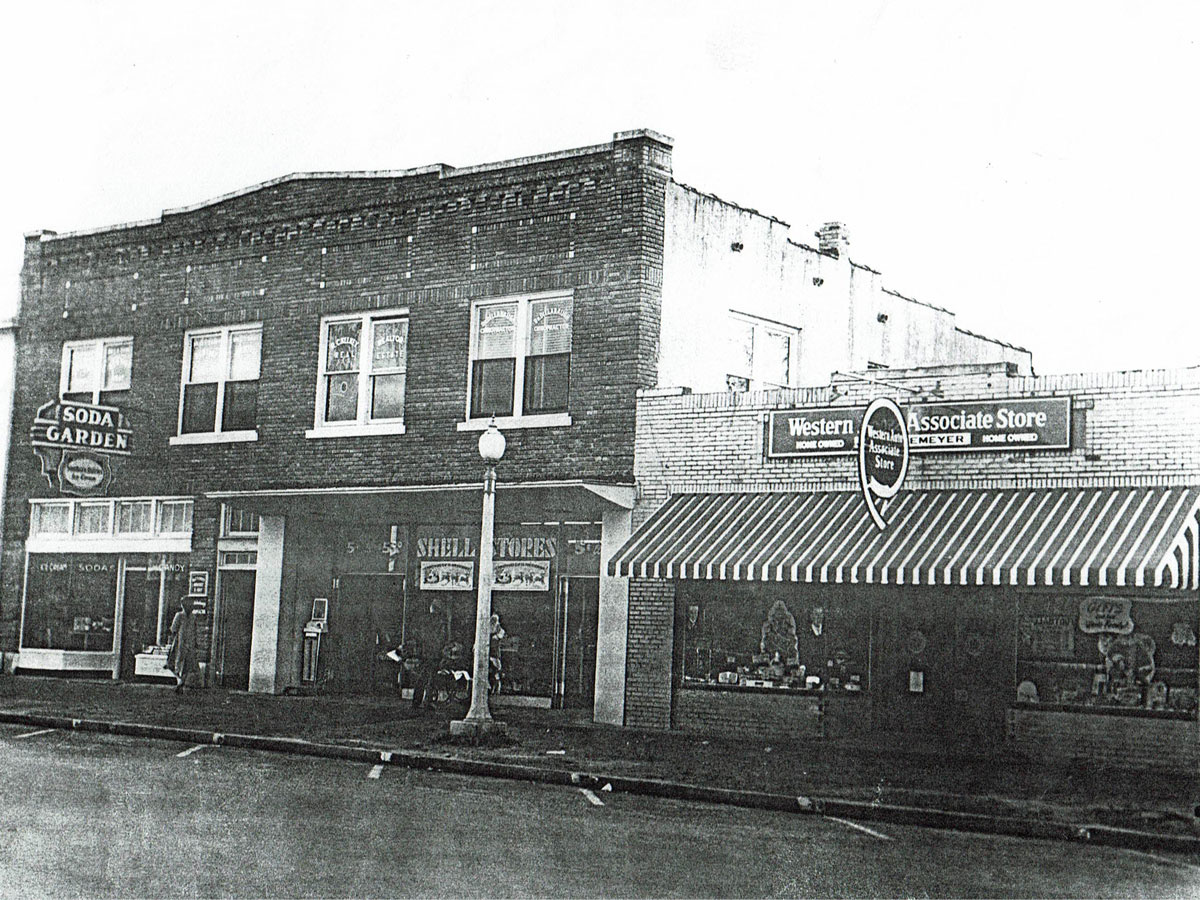 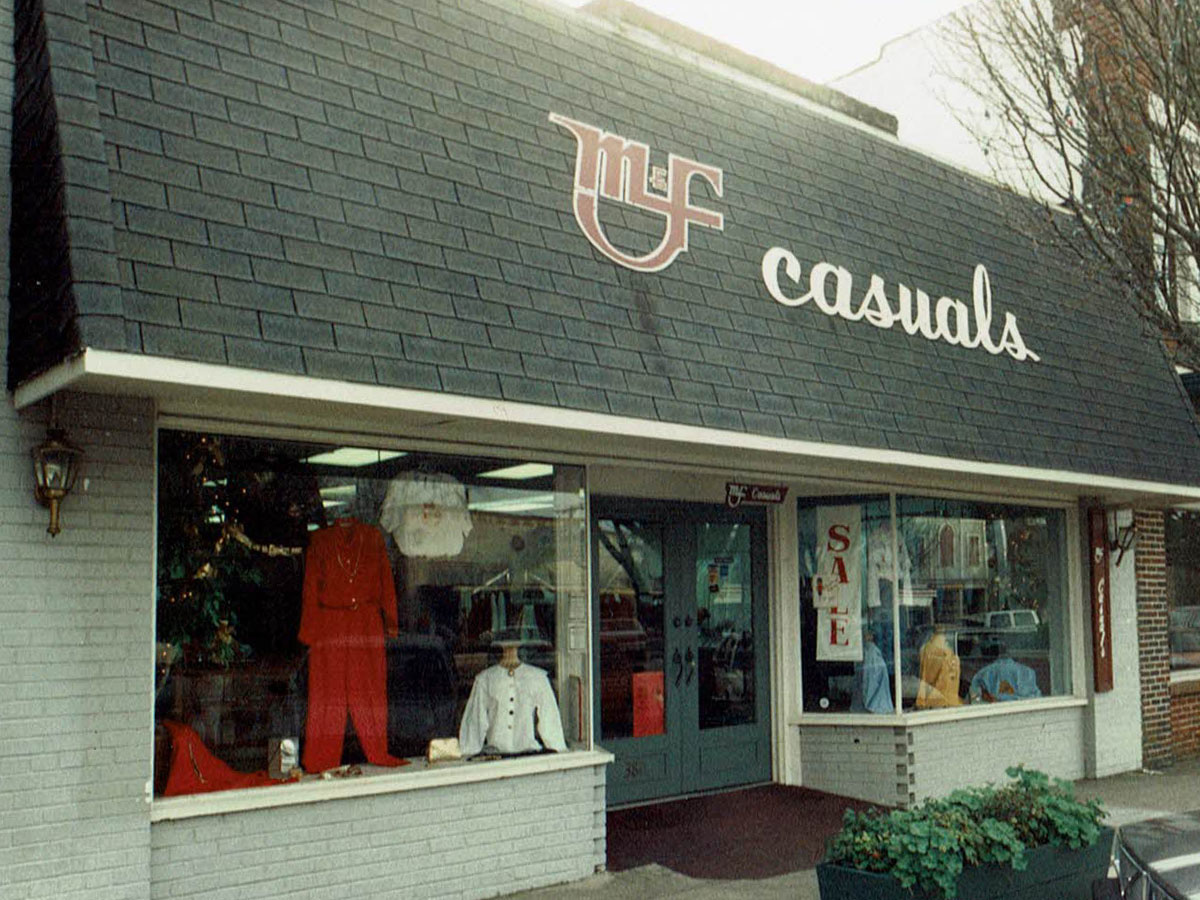 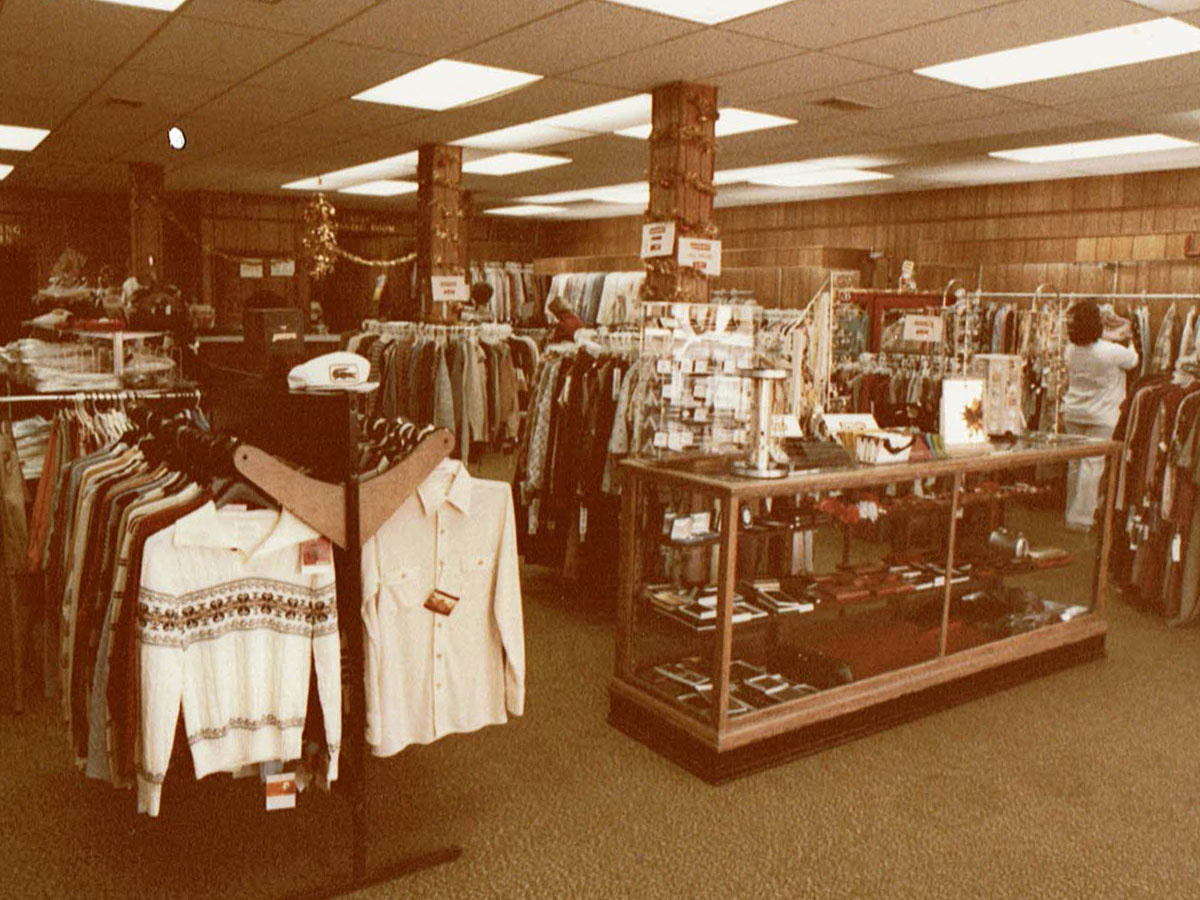